Drug Patents - The battle between generic and branded 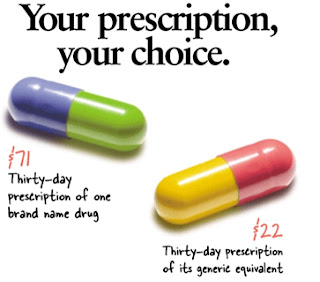 Generic drugs are cheaper copies of brand-name drugs that have exactly the same dosage, intended use, effects, side effects, route of administration, risks, safety, and strength as the original drug. In other words, their pharmacological effects are exactly the same as those of their brand-name counterparts. For e.g. Metformin and Metoprolol are the generic versions of Glucophage and Lopressor respectively.

The generic vs brand name issue has been a hot topic in the Indian medical community ever since
Mr. Amir Khan raised this sensitive issue in his "Satyameva Jayate".

Big pharmaceutical companies spend hundreds of millions of dollars to bring a new drug brand to market. They protect that drug brand with a Patent that prevents anyone else from selling the active ingredient for a certain period of time. Eventually that patent expires — allowing another company to make another pill, a generic, with the same active ingredient. That's when the game changes.

Generic drugs can be legally produced for drugs where: 1) the patent has expired, 2) in countries where a patent(s) is/are not in force.

The expiration of a patent removes the monopoly of the patent holder on drug sales licensing.
Patent lifetime differs from country to country, and typically there is no way to renew a patent after it expires.

So, to counter this, the big Pharma players have devised new strategies.

Companies can get a fresh patent for an already patented drug by altering its formula or changing its dosage. The companies contend that even minor improvements in medicines — changing a pill dosage to once a day instead of twice a day — can have a significant impact on patient wellness. But critics say a majority of drug patents given in the United States are for tiny changes that often provide patients few meaningful benefits but allow drug companies to continue charging high prices for years beyond the original patent life.

They point to AstraZeneca, for example, which extended for years its franchise around the huge-selling heartburn pill Prilosec by slightly altering the chemical structure and renaming the medicine Nexium. 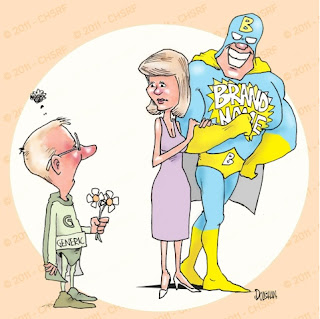 Passed under international pressure, India’s 2005 patent law for the first time allowed for patents on medicines, but only for drugs discovered after 1995.

Many people become concerned because generic drugs are often substantially cheaper than the brand-name versions. They wonder if the quality and effectiveness have been compromised to make the less expensive products. The FDA (U.S. Food and Drug Administration) requires that generic drugs be as safe and effective as brand-name drugs.

Actually, generic drugs are cheaper only because the manufacturers have not had the expenses of developing and marketing a new drug.

When multiple companies begin producing and selling a drug, the competition among them can drive the price down even further.
Thus, the generic versions significantly bring down the cost of therapy which is a real boon to patients in the developing countries where the health insurance infrastructure is practically nonexistent.

However, this significant reduction in cost of drugs can drastically cut the profits of the branded ones which could prove a deterrent to future research and analysis.


The debate over global drug pricing is one of the most contentious issues between developed countries and the developing world. While poorer nations maintain they have a moral obligation to make cheaper, generic drugs available to their populations — by limiting patents in some cases — the brand name pharmaceutical companies contend the profits they reap are essential to their ability to develop and manufacture innovative medicine.

Pls read the sequel on

Posted by Shabbir Baldiwala at 15:12

The Mask: Unmasking the perils while running

Today began my routine 'wogging' after a hiatus of over 3 months. Things looked the same, crowds the same. People were greeti... 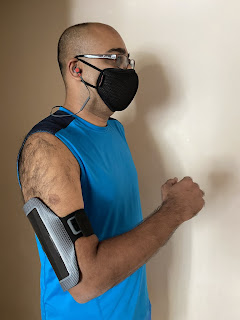